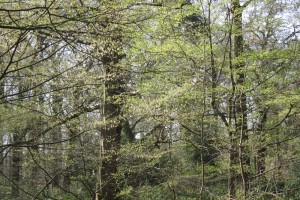 Research on the 296 Caldecott award winners from 1938 to 2008 found that over the years these books represented nature and animals less and less. (See a discussion of the article, “The Human-Environment Dialog in Award-winning Children’s Picture Books” by J. Allen Williams Jr,Christopher Podeschi, Nathan Palmer, Philip Schwadel and Deanna Meyler here.)

The researchers thought that since environmental problems are of growing concern, it was possible that nature imagery might increase to highlight these issues. But they also realized that given our increasing isolation from the natural world, picture books might echo this isolation. Indeed, according to the World Health Organization, in 1990 less than 40% of the global population lived in cities, but by 2010, more than half of all people lived in an urban areas.

We should note that of course, Caldecott winners are great books, but they may ultimately not be representative of all children’s books.

Still, the issue of how we represent nature and built environments is dear to our hearts here at Kids Future Press. We’re aiming for that middle ground, where stories reflect how the natural world supports people and how people nurture nature within built contexts through “eco-districts,” green roofs, urban agriculture, renewable energy and alternative transportation. While these elements can never be the story itself, they and other “nature” elements, serve as the backdrop for the characters and adventures in our stories.