Middle school kids in Nashville Tennessee have been successful in getting new bike infrastructure because of their mapping efforts.  Araz Hachadourian, reported in YES! magazine  that ‘Nashville Teens Mapped Their Daily Routes—And Got a New Bike Lane as a Result. In Nashville, Tennessee, and Chicago, city planners are responding to demands for better neighborhood mobility and bicycling infrastructure.

Last week we looked at low tech ways to take aerial photographs–creating local maps, if you will. This week we’re looking at a different kind of mapping tool. Worldmapper has a tag line of “The world as you’ve never seen it.” And I’m sure you and the kids will agree. We are all familiar with standard maps of the world, such as the one below: 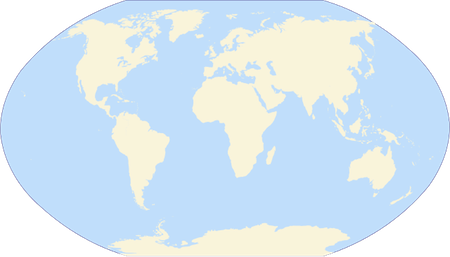 Worldmapper works by distorting this map according to relative sizes of  some specific category. For example, this map shows airline miles travelled according to “the proportion of all kilometres flown around the world by aircraft that were registered there.”

So we can see pretty clearly that countries like Africa (red and orange) are contributing very few air miles, whereas the US and Europe contribute the most. What about Japan? India? Canada? Can you spot them?

In the notes for this map, Worldmapper comments, “Overcrowding is defined here as when there are more than two people for each room in the house. The populations of richer territories experience less overcrowding, than those in poorer territories. Living in large groups is also connected to social and cultural norms. In India 77% of the population live in conditions that are considered to be overcrowded.”

We can see the big statistic for India appear on the map as the bulging yellow area. Meanwhile in the US and Europe there is relatively little overcrowding. What else can you see about overcrowding?

When you visit Worldmapper you can view a range of map categories covering housing, income, transport, health, disease, and many more. The project shows some interesting ideas for how we design our information display.

“where you can learn how to investigate environmental concerns. Using inexpensive DIY techniques, we seek to change how people see the world in environmental, social, and political terms.”

I saw their balloon mapping kit, which you can buy from them or source yourself. The aim is “to provide a low cost, easy to use, and safe methods for making maps and aerial images.” They also offer a photo-stitching app to put your photos together.

Here’s an example of the kinds of results you can get. This is made by  Jaroslav Valuch, Czech Republic. 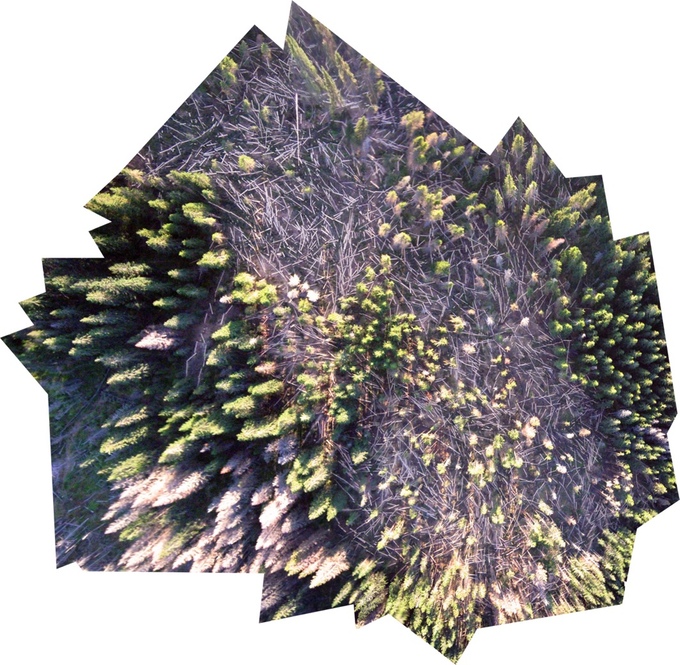 The kit is reusable, and gives a family the chance to tackle a range of interesting challenges that yield a unique result. It looks as though practice is advised before attempting something specific: here’s a blog post from someone who tried it, together with a video compilation of the result and some lessons learned.

Here’s an image of the balloon kit in use, from Public Lab’s kick-starter campaign (over now, goal reached). 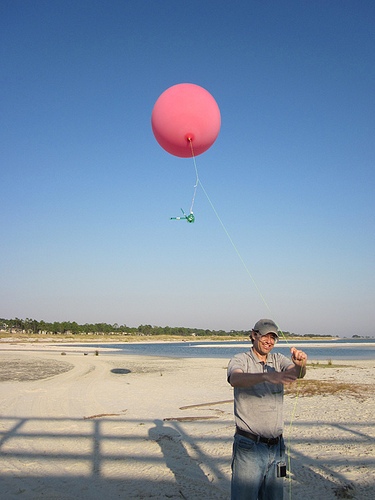 In many ways, mapping is a nice way into a lot of science and technology topics. Let me know if you have any experiences with it.