Yes they should! Science should be written in a language that everyone can understand. That’s the idea of Professor Robert Knight, at the University of California, who has started a new scientific journal on brain research where kids from 8-15 are involved in reviewing the articles for publication.

Knight and his team at Frontiers in Neuroscience for Young Minds are on a mission to “engage the next wave of scientists.” They see the benefit in bringing kids into the process of scientific research while also gaining input for scientist who want to reach a broad audience. 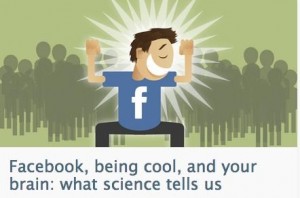 a popular article from Frontiers in Neuroscience for Young Minds

A more detailed review says that kids involved to date are aged from 5 to 16 years old, and some of the initial articles include:Facebook, being cool and your brain: what science tells us

The scientific significance of sleep talking