Are you looking for creative, hands-on ways to engage your kids with design and technology? Ranging from inexpensive iPad apps to more pricey kits, here are 8 projects to try.

1.    littleBits are LEGO™ – like bricks that are “wired” so kids can easily build simple circuits for basic functions such as light, sound, sensing, or motor operation. The bricks, which are color coded and snap together with magnets, have tiny circuit-boards making it possible to create fairly sophisticated electronics in an intuitive way. 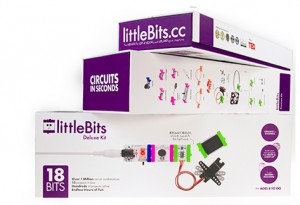 Read a review from a family with children. 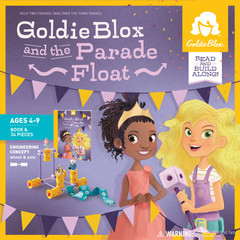 2.    GoldieBlox aim to get girls building by combining a story book with a set of construction blocks. They say, “Girls have strong verbal skills. They love stories and characters. They aren’t as interested in building for the sake of building; they want to know why. GoldieBlox stories replace the 1-2-3 instruction manual and provide narrative-based building, centered around a role model character who solves problems by building machines.”

3.    Big Shot is a build-it-yourself digital camera in a kit that you and the kids assemble and then use as a regular digital camera. A big goal of the company is to “draw young minds to science and engineering,” particularly young people in underserved communities. 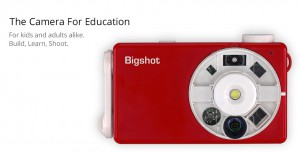 4.    3D printer: There are many, many 3D printers on the market, some you can get as a kit of parts to assemble yourself, others are assembled out of the box. Two that have kids in mind are Cube 3D and ultimaker. Read how Kai Falkenberg’s kindergartner can 3D print.

In addition, according to makezine, Hasbro has teamed up with a 3D printing company to bring out a “toy” 3D printer that involves playdoh.

5.    Electronic playdough: Speaking of playdough, it’s quite easy to create circuits from playdough by making salty, conductive dough and sugary, insulating dough and using these doughs to string together a battery and components such as lights or sensors. Instruction available over at Squishy Circuits.

7.    Hopscotch is a character-based iPad programming app that lets kids write simple programs to control the characters. The programming language works by dragging and dropping small blocks of instruction into a script panel. 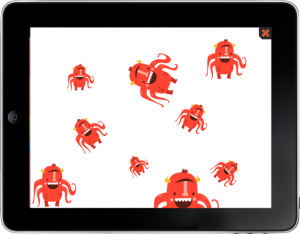 8.    Move the Turtle is an iPad app that engages kids with the basics of programming.  As with hopscotch, children use a simple interface to give a turtle instructions for moving around the screen. Read a review on Wired. 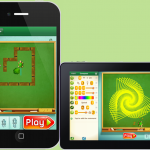 This is just a starter collection of ideas. When you’ve given some of these a try, let us know how you get on in the comments. Have ideas for other projects and kit? Please share them in the comments too.